SOCIAL justice is based on the principle of spreading equality among the members of society. Therefore, such justice cannot be discussed in the absence of freedom and the spread of injustice, corruption, nepotism, and inequality in the distribution of income among individuals because it leads to the destabilization of social security.

Based on this principle, the countries, especially those seeking the stability and welfare of their people, work to reduce the gap between the incomes of individuals by supporting the low-income earners through clear channels that do not accept manipulation.

When subsidies are generalized, they increase the social gap. This is due to the fact that people with high incomes benefit the most from it, and they use it to increase their wealth as they waste surplus subsidies so that the least financially able person does not benefit from it. This renders the rich to have control over the production facilities.

The state annually pays more than KD 7 billion for subsidies for food items, electricity, water, gasoline, and other semi-free services.

This, therefore, cancels the principle of social justice, which, in the early days of the discovery of oil wealth, may have been a necessity for the revival of society. However, for more than thirty years, it has become a financial burden on the state and the wealth of the future generations.

Subsidized food items are, in fact, open waste due to the fact that it goes to those who are not in need. It is known that the merchants are the ones who sell these goods to the state, and they in return benefit from its support in various ways.

On the other hand, the number of Kuwaitis does not exceed one and a half million but the number of expatriates is more than three million. Among them are a good proportion of wealthy ones who live in large houses, and benefit from these almost-free services.

In addition, the remittances of all residents amounted to more than USD 13 billion annually. If the subsidy methodology were to change, the pattern of the movement of these funds abroad would change, which is a matter that must be reconsidered.

However, based on the principle of “live and let live”, any unwise action will increase the financial burden on citizens.

In many countries of the world, subsidy is not comprehensive, but is codified according to sound foundations. In more developed and wealthier countries than Kuwait, there is no subsidy, but an increase in the salaries of the low-income earners depending on the annual inflation rate, while raising the taxes on the rich, and providing them with facilities that increase their participation in the national product.

According to the majority of studies, the reserves of future generations will perish within the next 20 years, if not less, if the current economic approach continues. The support and the first chapter of the budget will reach KD 35 billion within ten years.

This means that we have entered the red zone if the social and economic behavior in the country is not modified, and if subsidies, random employment, and waste are not reconsidered.

We also hope that those who look with one eye will not come out to say, “These figures are inaccurate.”

‘No top official better than incapable one’ – Battling nepotism, corruption 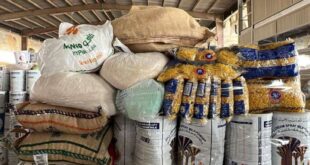 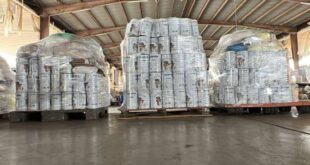 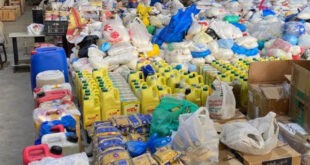