LOS ANGELES, Dec 18, (RTRS): Even though Garth Davis only recently made his feature film debut with “Lion,” the Australian director can already be considered at the top of his moviemaking game.

“Top of the Lake,” the TV series starring Elisabeth Moss — Davis co-directed the first season with Jane Campion — was pivotal in his career progression. As was the roughly two decades as a globetrotting commercials director, whose reel “Ninja Kittens” for Toyota certainly had a fundamental formative function.

But the pre-”Lion” piece Davis seems most proud of is “Alice,” a short about an Australian family who loses their child. “I suppose it was a very little taste of where I wanted to go with my filmmaking,” he says.

Producers Iain Canning and Emile Sherman, who head British-Australian shingle See-Saw Films (“The King’s Speech,” “Top of the Lake”) thought Davis would be a good fit for “Lion,” the true tale of Saroo Brierley, a 5-year-old Indian who gets separated from his family, and manages to track them down some two decades later using Google Earth.

“We were at Sundance just hanging out, and they said they had just read this article, and when they saw it they just thought of me,” he recalls. After rights were cleared to Brierley’s memoir “A Long Way Home,” the first thing Davis did was travel to India to immerse himself in Brierley’s world. He then went to L.A. and spent time with screenwriter Luke Davies, “just talking together about the structure and how we could tell the story.

“I wanted the script to come from a directorial place as well,” he notes.

“I wanted us to have a vision and an atmosphere, and I think we needed to really understand that together before the pen went to paper.”Along with the key narrative choice of having “Lion” start from the beginning, rather than recounting Brierley’s separation as an extended flashback, came their bold decision to have the first part of the film be entirely in Hindi.

“There’s going to be lot of nervous people when you are releasing a movie that’s in a foreign language for almost the first half,” he says. “But it had to be Hindi because we needed to see the contrast with Australian life, so we understand that he’s become something very different.”

The casting for “Lion” was also a very hands-on process for Davis, especially in selecting Sunny Pawar, the boy who plays Brierley as a 5-year-old. Pawar was chosen from thousands of screen tests, many of which Davis scrutinized himself. “With children you really have to do the work,” he notes.

Casting Rooney Mara, who plays the adult Brierley’s girlfriend in the pic’s second half, was less laborious. “Our understanding was that Rooney Mara was not available, and then Harvey suggested Rooney Mara, and we were like, ‘She’s not available.’ And he was like, ‘I think she is.’”Weinstein came on board as an executive producer at script stage.

“Lion” was lensed by Australian cinematographer Greig Fraser, who more recently shot “Rogue One: A Star Wars Story,” and has worked with Davis for many years.

They decided that the key was keeping the camera with Brierley. “Basically at the beginning of our movie, the audience is with that little boy, and we have to be inside his experience,” Davis says. “I thought the more I could take the audience into that place, the more powerful it would be.”

Davis and Fraser are shooting biblical biopic “Mary Magdalene” in Italy, with Mara in the title role, produced by See-Saw Films. When Davis was in post-production stages of “Lion,” he recounts, “Iain and Emile came to me and said: ‘We’ve got your next project for you!’”

A silver-screen icon who has embodied the charm, nonchalance, and refinement of French womanhood for more than five decades, Catherine Deneuve saw her acting career take off after Jacques Demy noticed her in Jacques-Gerard Cornu’s 1960 film “L’homme a femmes” (“Ladies Man”), reviewed by Variety on Dec. 7, 1960. Deneuve, then 17, was offered the leading role in Demy’s 1964 musical “The Umbrellas of Cherbourg,” which became a huge hit, winning the Cannes Film Festival’s Palme d’Or and earning five Oscar nominations.

Question: Would you say “The Umbrellas of Cherbourg” launched your career?

Answer: Absolutely. It took a long time to get made because Jacques Demy wrote the music, and it was a tough film to finance. Jacques Demy had a pivotal role in my career. He was a true filmmaker, who was telling me about my character, who had an eye for mise-en-scene. He did amazing shots, incredible traveling shots. And the way he looked at me…. He was both very kind and nurturing.

Q: What about Andre Techine, with whom you’ve made seven films, and Luis Bunuel, who directed “Belle de Jour” and “Tristana”?

A: I like Techine’s films, universe, and mise-en-scene. He also demands a lot from actors. He shoots a lot. You really have to dig within yourself when you work with him. He’s not a director who’s going to ask you for three takes, and that’s it. And I like to be directed.

Luis Bunuel was pleasant, but I don’t think directing actors was what he cared about the most; what really interested him was to shoot the story he had written and envisioned.

Q: Your book “In the Shadow of Myself” has anecdotes from film shoots including Lars von Trier’s “Dancer in the Dark.” Was Bjork really that out of control?

A: Yes, it’s true that Bjork ate her blouse piece by piece because she hated it, and she wanted to make sure she wouldn’t have to wear it again for retakes. It was not an easy shoot!

Q: Who have you admired throughout your career?

A: I bonded with some directors like Jacques Demy and Francois Truffaut, but I’ve never had someone who guided me through my entire career.

Someone I’ve always admired is Marilyn Monroe. She died young but remains one of my favorite actresses. She did comedies, dramas; she was funny, moving, seductive. I found her incredible. She embodied beauty and cinema at the same time. 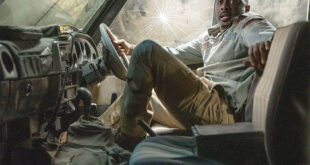 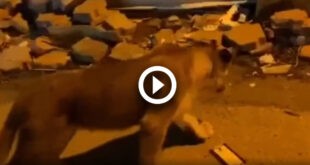 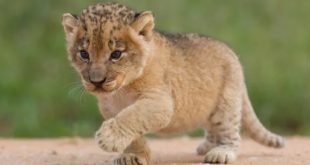 This post has been read 6286 times!KUWAIT CITY, April 1: An Egyptian working for a …